Marco Zanetti demonstrates his passion for cooking in the open kitchen, which is part of the dining area. Guests from all over the world enjoy watching him as he prepares mouthwatering dishes from Italy and Switzerland and presents them with attention to detail.

Born and raised in the mountain village of Poschiavo in the southern part of Switzerland, he grew up in a family of hoteliers. From an early age, he realized what it takes to be successful in the hospitality industry: an utmost caring for the well-being of your guests, putting emphasis on quality, and hard work. By the age of 12, Marco knew that he wanted to become a chef.

Having completed his basic education in 1981, he entered an apprenticeship in one of the leading hotels in the world: the famous Badrutt’s Palace Hotel in St. Moritz. It was a tough training. The guests at the Palace Hotel, including celebrities and royalty, were used to getting the best. Marco learned how to prepare dishes with the finest and freshest ingredients and still loathes cooking with canned food.

After his apprenticeship, he joined his family’s hotel back in Poschiavo to raise its culinary standards for the next three years before returning to the Palace Hotel. He first worked back in the main restaurant and then in the kitchen of the exclusive Chesa Veglia, where he delighted guests with his culinary skills until 1996, before being recruited by the Bernina Hotel in Samedan. After two years, Marco decided to open his own restaurant in Samedan, which he ran successfully until he decided he wanted to explore the world and finally settled in Thailand to open Ristorante Da Marco on July 19, 2011.

What started out as a well-kept secret has developed into a destination for many people seeking outstanding food in a relaxed and cozy atmosphere. Often praised for its high quality food at reasonable prices, Ristorante Da Marco has quickly become a favorite amongst expats and tourists seeking a unique dining experience. Even though the location of the restaurant is a bit off the beaten path, people from near and far agree it is worth the journey to see Marco doing what he loves doing: delighting his guests with high quality food, prepared with love.

We invite you to experience Ristorante Da Marco and watch Chef Marco in action. You will feel like you’re dining at a top chef’s home. 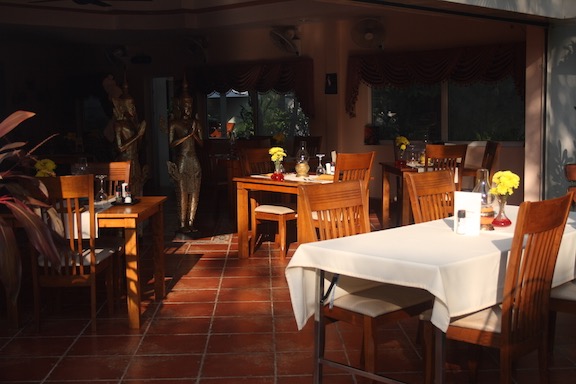 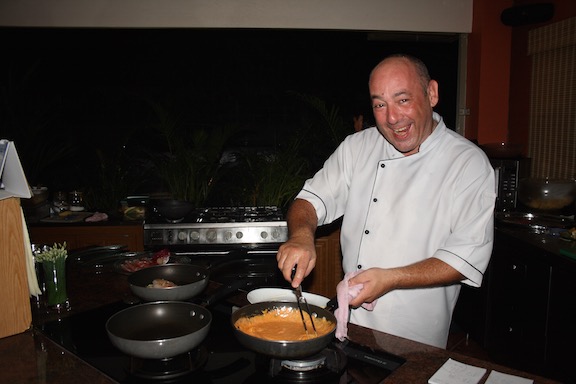 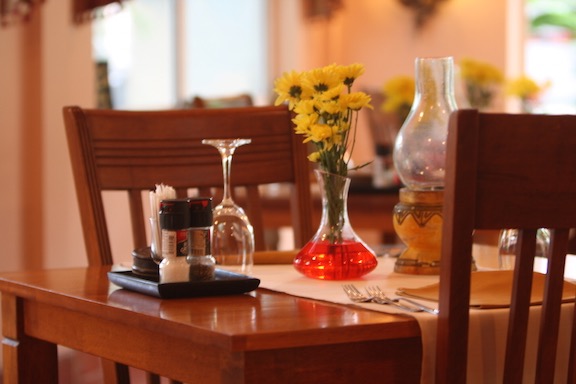 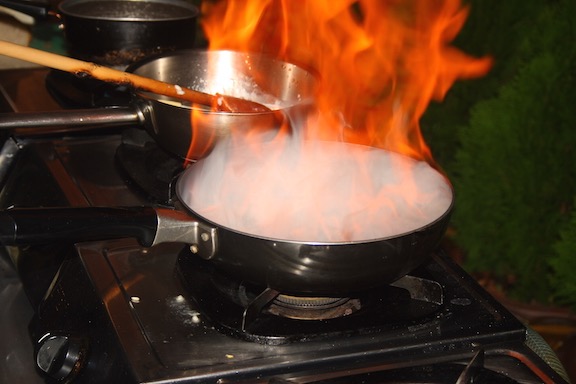 Ristorante da Marco is an idyllic Swiss/Italian Restaurant in Pattaya where you feel like you’re at the chef’s home.

Watch Chef Marco demonstrate his passion for cooking in the open kitchen, which is integrated in the dining area. An experience that is not only entertaining, but also educational.

Our kitchen is in the dining area, so you can see how each dish is prepared using only the highest quality ingredients to bring out smells and flavors that will make your mouth water in anticipation.

The culinary focus at Ristorante Da Marco is Swiss/Italian. Choose from a range of appetizers and main courses that include pasta, steaks, seafood, duck, and our popular lamb backstrap marinated with mustard and herbs. We also serve traditional Thai dishes.

Stop by anytime and experience simplicity at its finest. 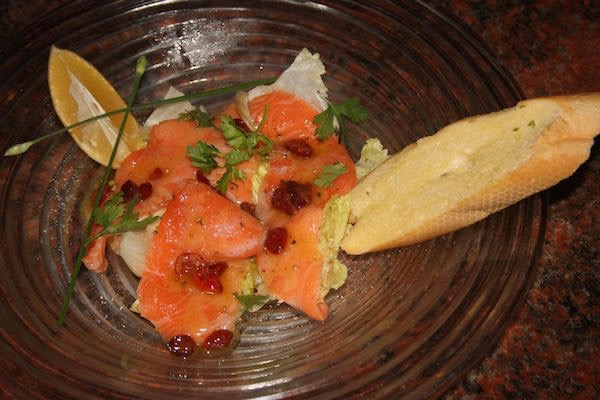 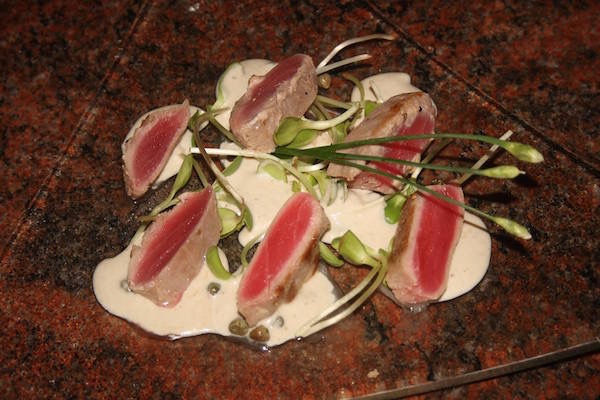 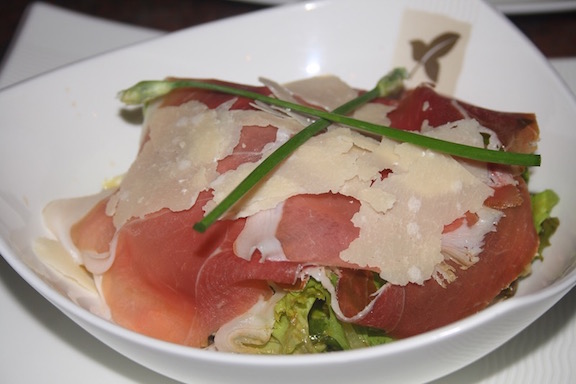 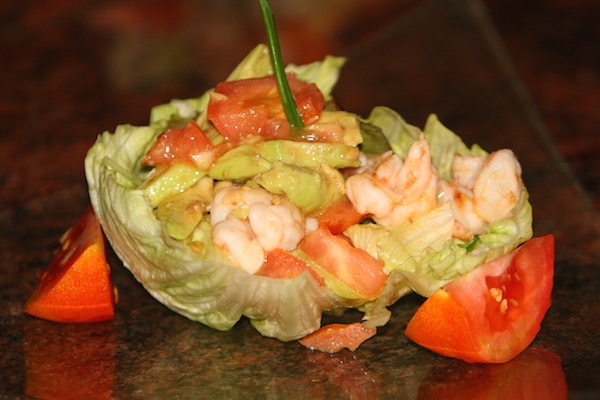 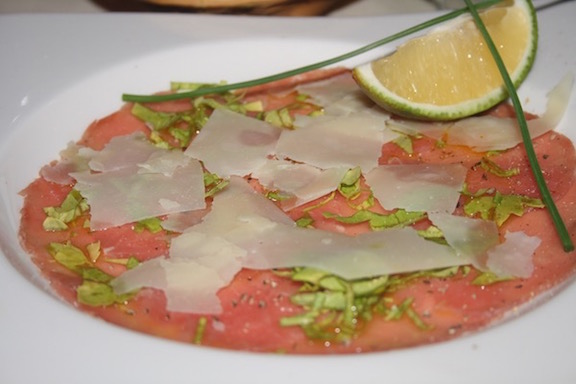 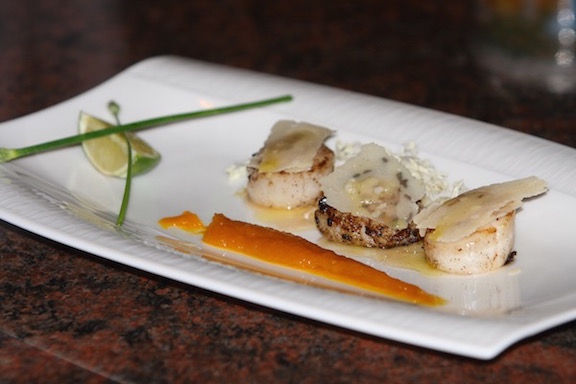 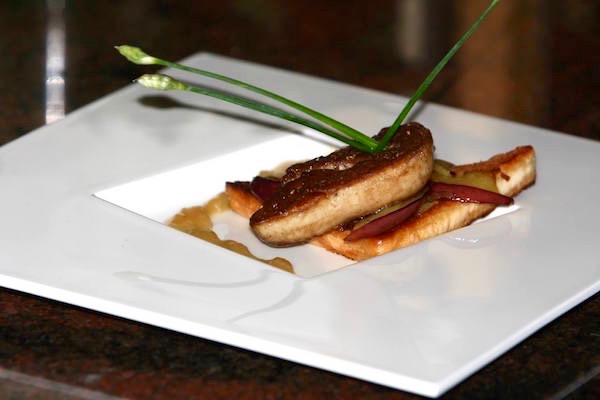 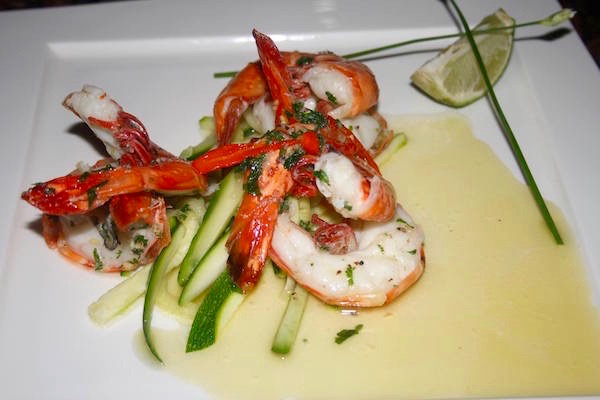 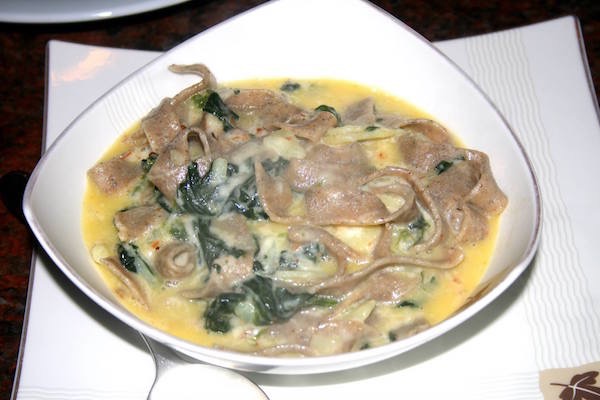 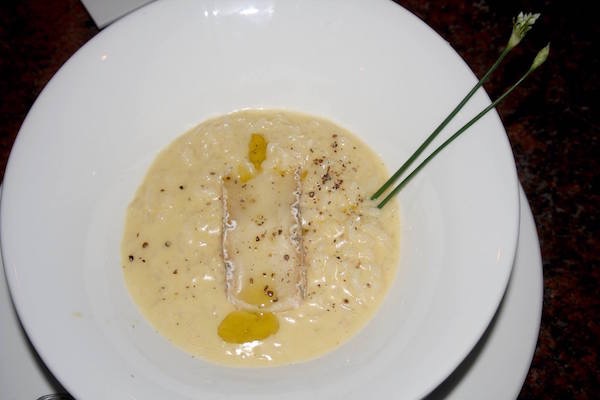 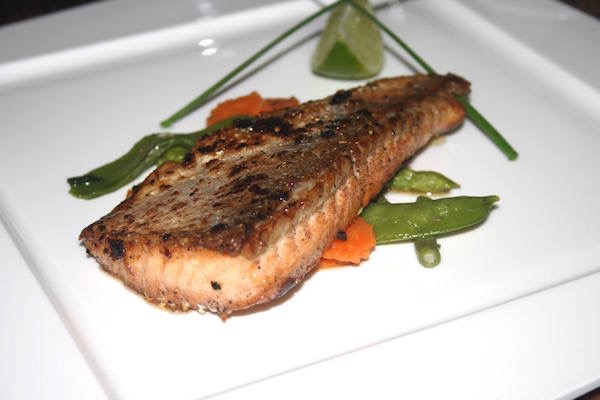 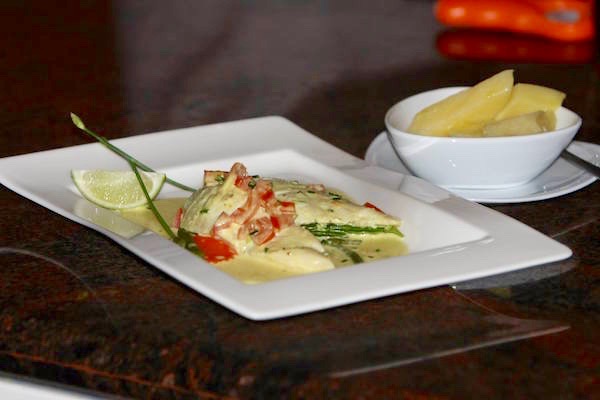 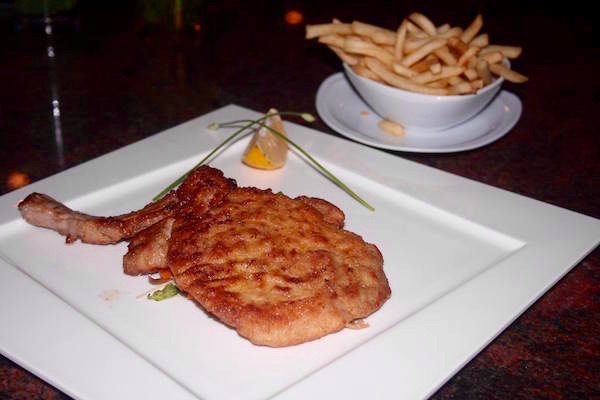 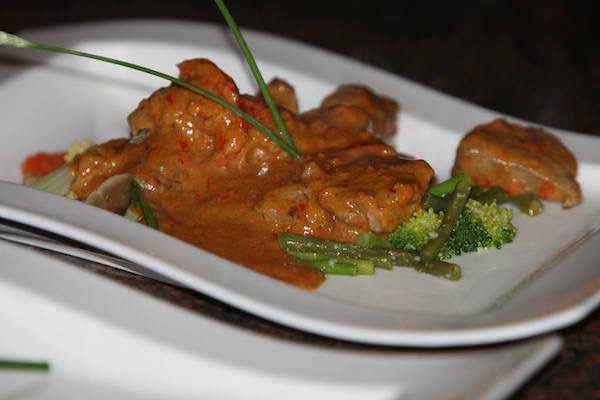 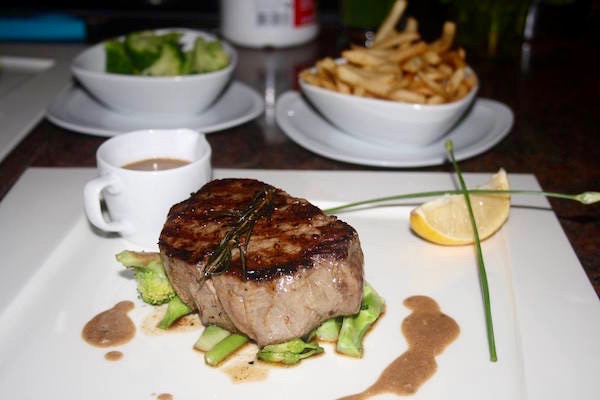 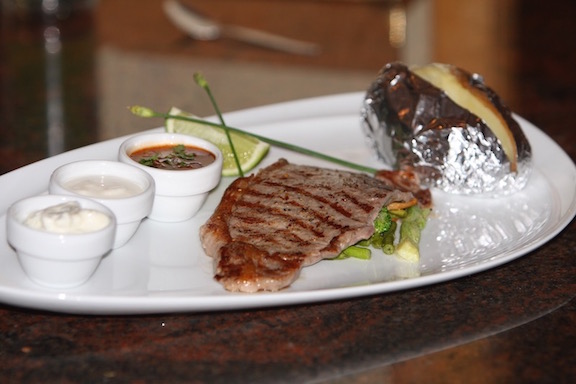 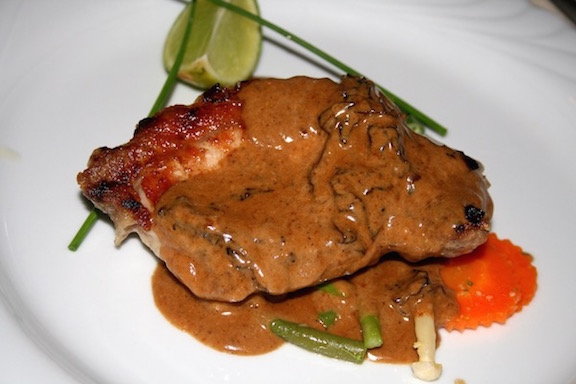 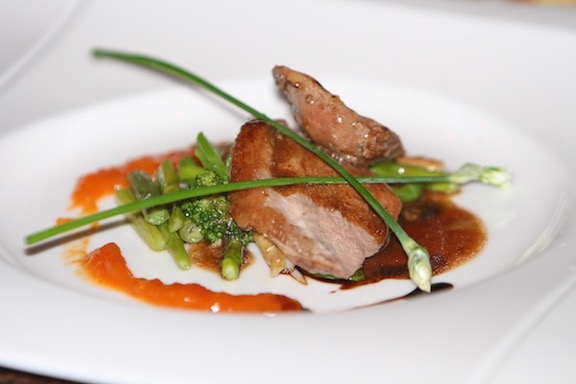 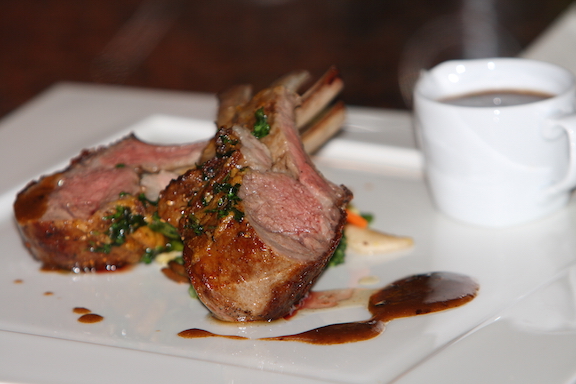 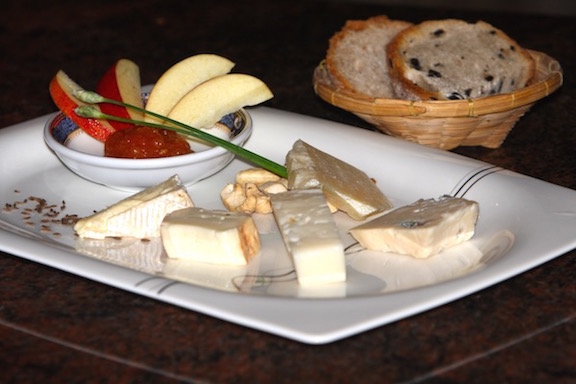 I found myself wishing for additional capacity to accomodate the amazingly good grub that I was served! The service was impeccable, the food fabulous. This has to be one of the finest dining establishments in the Pattaya area, and I'll be back to Da Marco the next time I'm here.

In my opinion one of the top five in Pattaya. We locals love it for its romantic setting, great imaginative food and excellent service. The owner, Marco cooks in an open kitchen and is a very good host. I have dined there several times as a couple and with friends. I highly recommend it. There is no other restaurant of this standard east of Pattaya.

The food is truly excellent, and stands up there with the best restaurants in Bangkok or Switzerland for that matter. 5 of us had a variety of starters and main courses, ranging from steak tartare, to goose liver in calvados, duck breast and ribeye steak, cooked and served with an eye on substance, rather than pretention. It is all cooked "a la minute" with great attention to detail. watching him prepare the food with quiet precision is a spectacle in itself; everything, without exception was delicious. I would rate this among my best dining experience in Pattaya.

Five of us had dinner at Da Marco's last night and it was one of the best dining experiences in a very long time. The food was superb. I had the rack of lamb and it was so delicious I couldn't believe it. The service was as good as it gets. It was a thoroughly enjoyable dining experience.

Coming from the North (Pattaya) on Sukhumvit:
Drive past Makro and Underwater World in South Pattaya.

Coming from the South (Sattahip) on Sukhumvit:
Take the U-Turn shortly before Makro.

Turn left at the 7-Eleven into Sukhumvit Soi 89.

Continue for about 4 Kilometers until you see the sign for Da Marco (and Swiss Sabai Lake Resort) on the right hand side.

Turn into the Soi and follow it until the end where you will find Ristorante Da Marco.